ARRIVA Arrives into the 21st Century with ATOBI

Public transport giant Arriva Denmark wanted to supercharge their bi-annual executive leadership workshop. They reached out to us with a specific request:

They wanted an app that allowed leaders to translate strategy decisions to fit their departments, as well as guiding them in executing strategy and concepts. This app had to work in two different situations; the two-day workshop and the subsequent six months of strategy anchoring.

A key success criterion was to make sure the habits taught at the workshop would continue. Their ATOBI app was vital to this, encouraging participants to work with the new strategy actively.

During the workshop, leaders used the ATOBI app to find and solve several intellectual and physical challenges. The ATOBI app also contained several activities, which each cross-divisional team had to complete.

With the leaderboard module allowing for real-time score-keeping, completing activities and challenges became a group activity, encouraging teamwork. All comments and feedback were shared, saved and discussed through the Social Wall, meaning no great idea was left ignored.

Last but not least, the workshop also served as an onboarding process, with participants becoming proficient app users by the end.

Post-event, the ATOBI app was still in great use, as it played a key role in the following strategy anchoring. The app facilitated cross-team communication, feedback, and training. Furthermore, because of the familiar look and feel of Arriva’s app, use was easy, making it part of everyday work-life.

The Arriva CEO also encouraged app use by posting short videos. In these, he commented on completed activities, gave feedback and social recognition to participants.

In the following six months, management introduced additional leadership skills on a bi-monthly basis. Having first been introduced during the workshop, each concept was reintroduced with short videos, followed by a coordinated mission. This turned complicated concepts into bite-sized tasks, making them tangible and actionable. 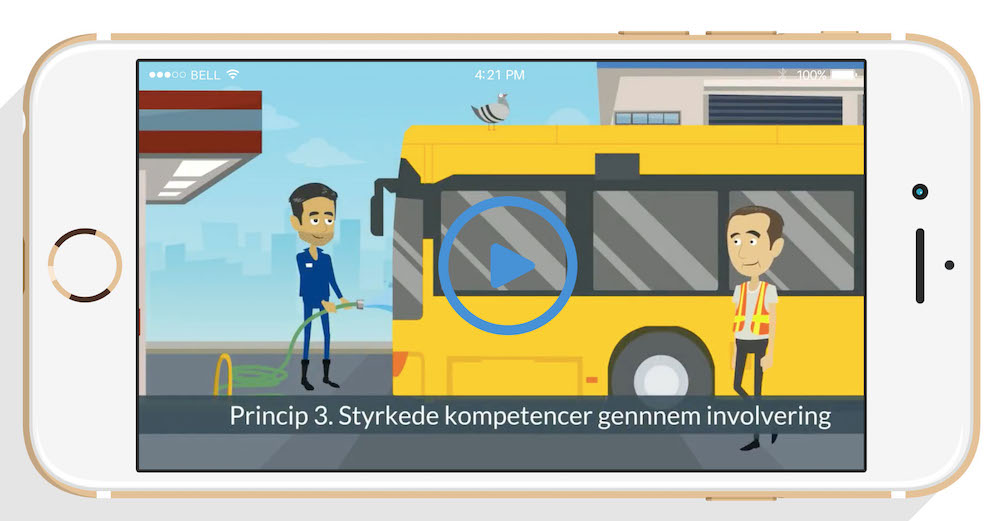 Principle 3. Strengthen skill-sets through involvement”. Through short videos like the one above, complex concepts became simple and fun.

By using ATOBI as the vehicle for internal communication, on-the-job-training, competition, and feedback, ARRIVA managed to engage the top 90 leaders in a coordinated strategy anchoring while growing the necessary skill set for executing that same strategy.

If this success story has peaked your interest in how you can use ATOBI to reach your goals, book a demo with us, and we’ll talk it over.

Calvin Klein is Keeping up with the Kardashians